The overall aim of the ESDP is to encourage the best possible representation from all European member states (to include all nations that are approved for EU scientific funding). Membership is at the nation level but with an identified representative. At the earliest opportunity the national representative should be able to demonstrate recognition and support from a national scientific diving community or committee. Where possible, any national body or community should have, or be seeking, formal backing from a national authority that is one that has principal responsibility for occupational scientific diving ; it may be a governmental, funding or insurance agency that may qualify the divers and/or support their employment.
The ESDP database for the recognition of national licences for scientific diving in European countries is here.

Member (green): Having in place a NSDC in contact with a national authority that has responsibility for vocational SD and having already implemented the ESD and AESD qualifications as the primary standards [Supplementary requirement: Published statutes, minutes of meetings and/or newsletter, name of the national certification, authority issuing certification] 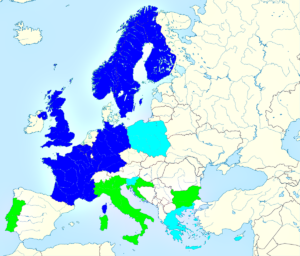